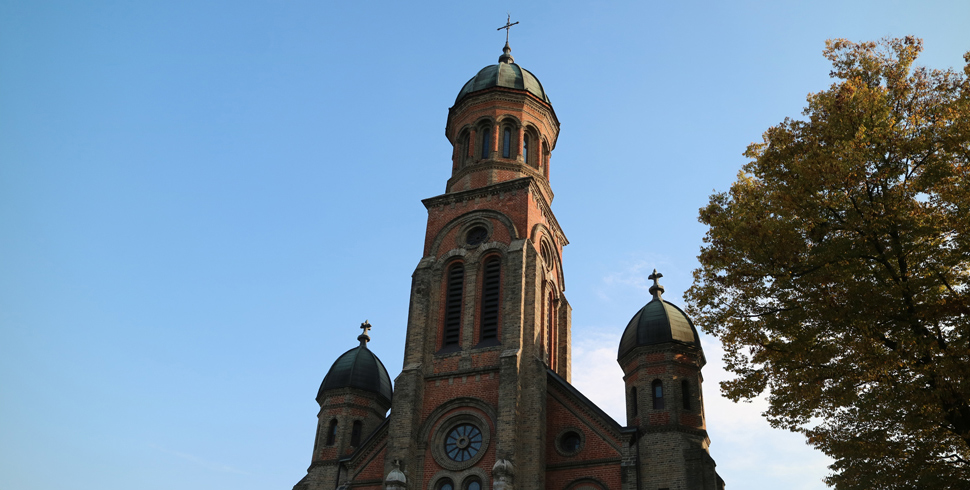 Jeondong Catholic Church with the history of Korean Catholicism
Jeondong Catholic church is standing at the entrance of Hanok Village in simple and pretty form. It is the first martyrs’ site where Yun Ji-Chung (Paul) and his friend Gwon Sang-Yeon (James) were executed during persecution in 1791, because Yun burned his family’s ancestral tablet and decided not to perform ancestral rites of his mother in order to follow his religious doctrine. For that reason, he was severly criticized by Confucian scholars, but the church has became the origin of propagation, the matrix of Honam region.

In spring 1891, after 100 years from the two saints’ martyrdom, the mission work was started preparing a base at the site of martyrdom. The first provost, Father Baudounet started building the church in 1908, to honor the centennial anniversary of martyrdom, and Father Poisnel who designed Seoul Myeongdong Church completed the construction in 1914. It took almost 23 years from construction to presentation.

During Japanese colonial era, the Residency-General pulled down the rampart of Pungnammun to make a new route to Jeonju; Father Baudounet used those demolished stones to make foundation of the church. In the basement, the foundation of the time is still firmly supporting the church. About 100 Chinese bricklayers were mobilized to bake bricks with the soil from knocked down Jeonju Castle. The granite stones were delivered from Iksan, Jeonju by carriage, and timbers were logged from Chimyeongjasan Mountain for use. 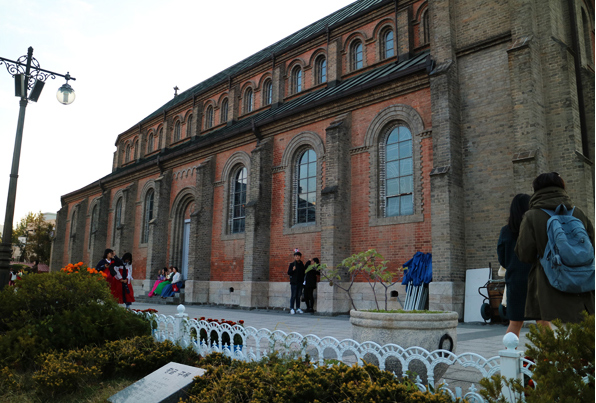 Jeondong Catholic church has a warm atmosphere like a mother’s breast, because it has Romanesque style that is a fusion of east and west. It is known as one of the biggest and oldest western-style building in Honam region.
The building consists of red bricks using granite as the stylobate, and the inside has a round ceiling. The bell tower on the center and the other two small bell towers on the both sides of it add harmonious cubic effect and ascending feeling to the building. The head of the bell that is Byzantine style, it mingles well with the main building and recognized as a popular photo spot.

The white statue of Jesus standing in front of the church enhances the beauty of the building, and the monument written as ‘the first Martyrs’ Site in Korea’ makes us remind the meaning of Jeondong Catholic church that has been kept the painful Catholic history of Jeonju. 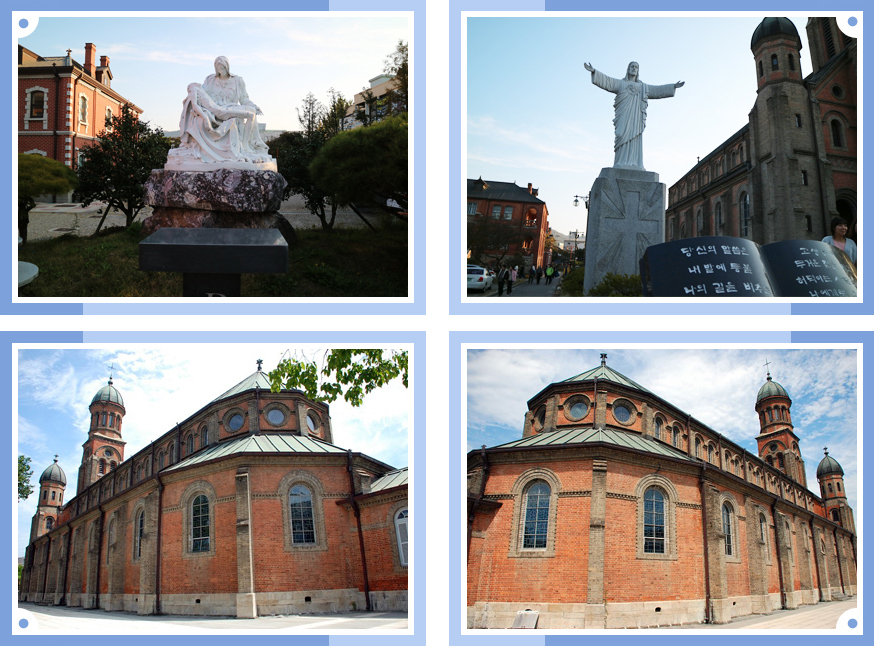